It has been a while since my last post, other activities have kept me very busy after the release of the project. However the visit from Cees Jan Stam, an industrial design master student from the TUDelft, put me back on track. For 3 weeks during the beginning of July we developed a portable version of the OpenKnit. This was done to facilitate the field research part of Cees Jan’s master thesis. This project which focusses on the impact of digital design & fabrication in society. And in order to see how people respond to seeing it out in the world the new machine was developed to be transportable and endure use outside. 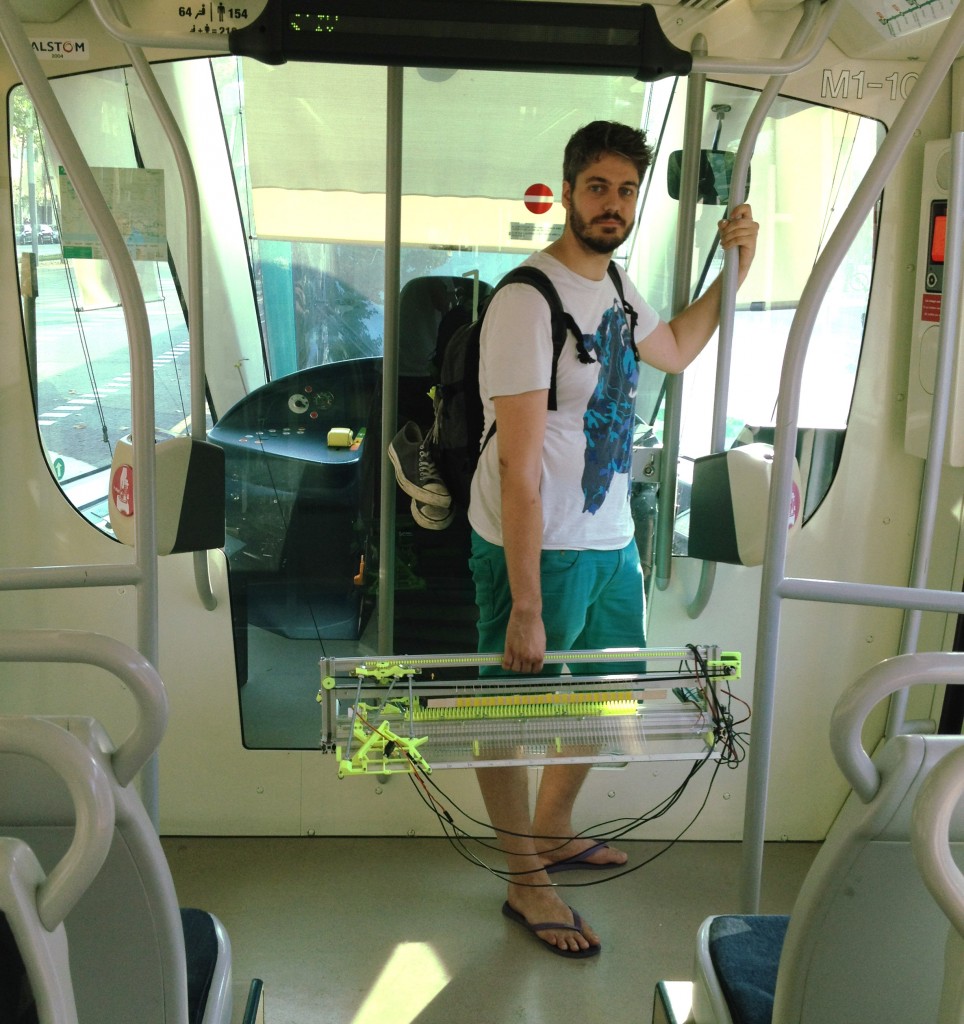 This mend some redesigns were needed, the first generation would not handle all the moving around. We scaled down the machine, this would allow most people to carry it around weighing in at 5kg without the power supply. In order to make it sturdier most of the 3d printed joints were replaced with clean profile on profile connections using a threaded profile and bolt instead. The results are quite impressive, the machine when attached to the table will not move or shake even when in use.

We did not just make it smaller, while working on the redesign for the smaller machine the rest of the machine was also reevaluated. Some of the issues that were troubling the large machine were severe vibrations and a the encoder placement did not allow for the right accuracy. To combat these issues a new brace was added between the top and bottom of the carriage. We also repositioned the encoder to the top of the carriage in combination with a rack and pinion system, this increased the resolution with 300%. Some minor alterations were also made to the angles of the needle pickup within the bottom of the carriage. While also redesigning the yarn carrier in order to make sure the yarn drop off was perfectly centered in relation to the needle beds. All of these improvements have created a more reliable machine, off course more improvements will be added down the line but it is a good step in the right direction. 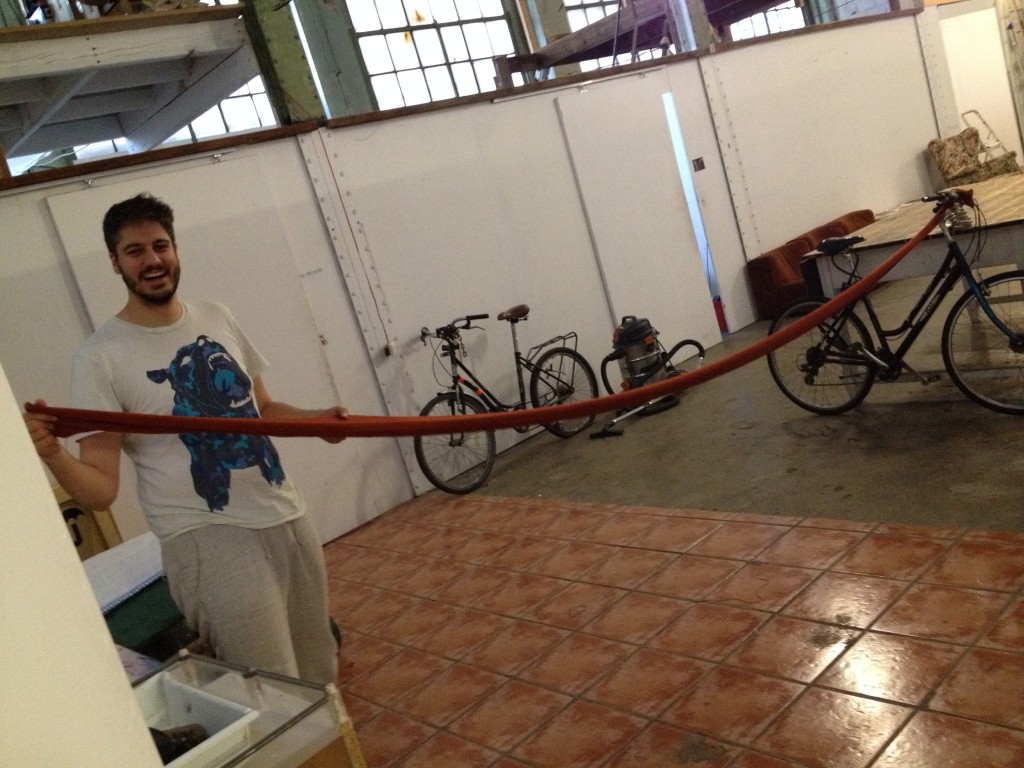 I decided to name the first OpenKnit machines after the famous, and usually lost, character Wally (Waldo in the United States and Canada) because of his unforgettable striped garments. This is exactly what these versions of the machines are meant for, for creating sweaters, beanies, scarfs, socks, etc. that allow you the possibility to change colours by replacing the thread (cut and knot) while working. The number 120 responds to the number of needles the machine is using, so the first machine is called Wally340. 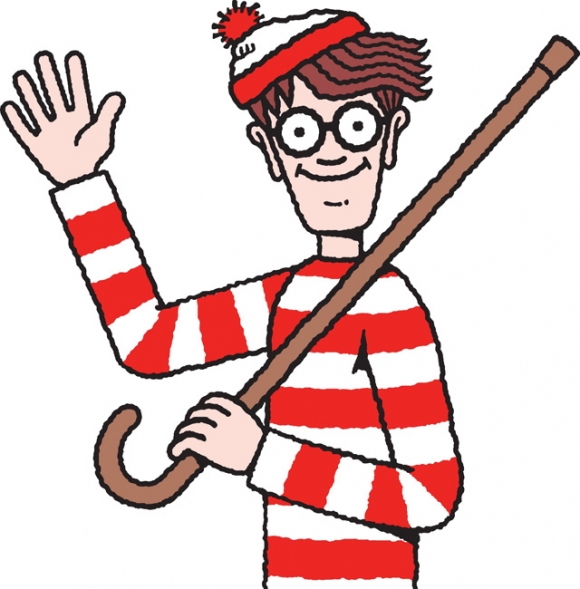 I haven’t had time to update the documentation of the first machine with the improvements of the Wally120, but it can be scaled up to more needles easily. Here you can find all the documentation.

The current design only includes a single Yarn carrier as the small size is not suited for complex patterns or multi tubes designs. So while you could use more than one it is not advised for this smaller version. The other limitation is that due to being smaller its  maximum knit width is approximately 30 cm’s, this is still well suited for the smaller projects. However it is a cheaper and more practical alternative to the large machine to develop the overall system. As it simply clamps to any flat surface, is easy to move and store and easy to build.

To finish this update I would like to share a short impression of the Wally 120 project. Here you can see the machine on action: