In October the first OpenKnit workshop was held in Eindhoven, invited by the TU/e and the Waag Society, who had the great idea to take pictures of every step during the assembly process to create a manual and make it easier to the participants, it definitely made us more efficient. The assembly manual will be published very very soon :)

During November I’ve been doing a residency in WeMake makerspace in Milan where I’ve got some great feedback on how to improve the documentation and I’ve spent most of the time working on that. What’s new:

I designed a shield in Fritzing, you can etch it or print it, or just build it yourself with a stripboard or similar. I produced the first version called LOOP V0.1 with Fritzing (Berlin) and the quality is great. 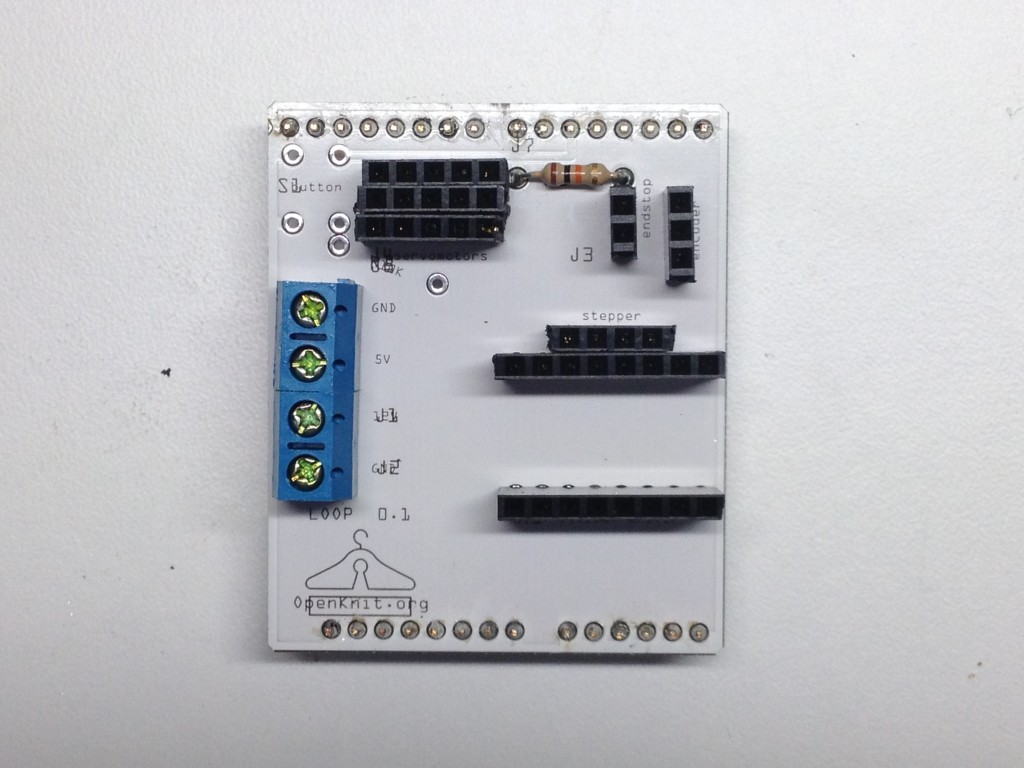 I did a couple of little mistakes that are solved in the new V0.2 uploaded, now everything should be ok BUT I haven’t tested this new version so double check that everything is ok if you want to produce it. (note: I have no stock and I’m not selling the shield sorry).

I also added some STLs that were missing (yarn_carrier, tensor_xxx, cable_grommet) and a few improvements in some parts (sled, sled_arms, top_plate, top_plate_bearings). Added some little components related to the new STLs in the bill of materials.

I’m currently using for the slider part a 2mm thick piece of polyacetal (POM), sometimes known as Delrin, because it has a lower coefficient of friction than PLA or ABS so the needles can slide up easily, I haven’t tested it with PLA or ABS but it could also work with the help of some grease. 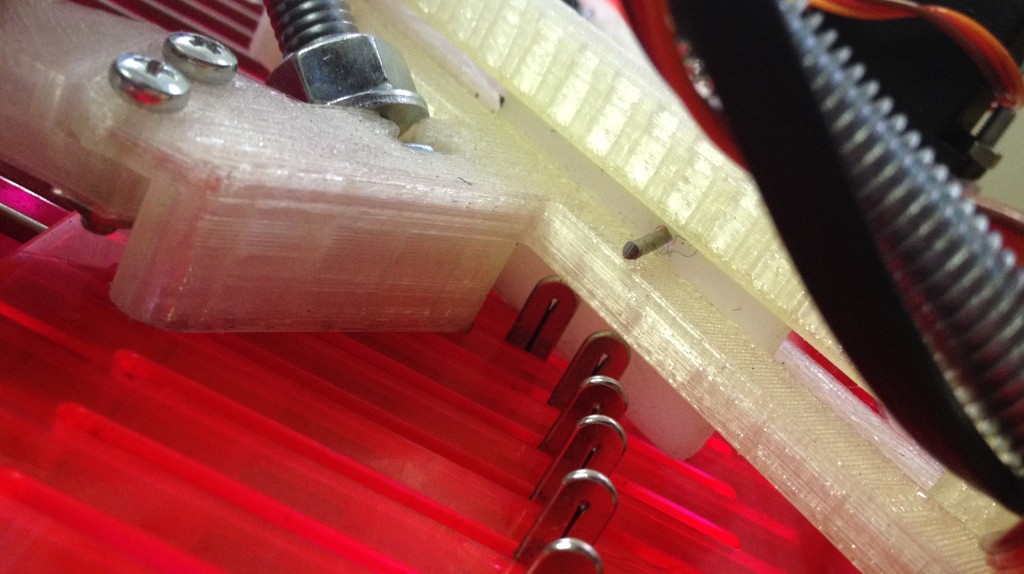 Another part that is not printed is the eye that feeds the thread to the needles, I thought along with Cees Jan that would be a good idea to have an interchangeable part for changing the thread. I found the plastic part in a cheap costume jewelry shop (note: the cross shape is very suitable for being attached so there is no other meaning/utility for it than placing the thread in the right place). 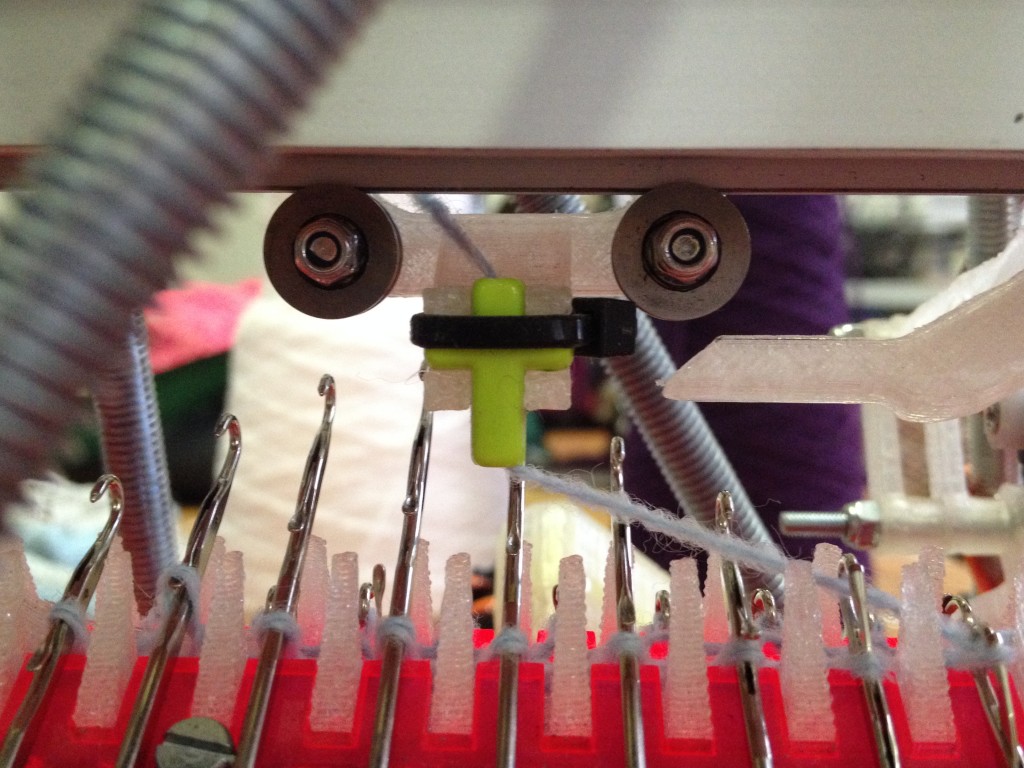 After testing it a lot I don’t really find any advantages of being detachable so it could also be printed together with the yarn_carrier part.

One thought on “Arduino shield and documentation”